1945
born in Berlin-Kreuzberg on October 6th

1955
the family escapes to Berlin-West

1961-62
starts an apprenticeship as house painter, which he doesn’t complete

1973
leaves the police force, starts to work as free-lance photographer and continues to teach at adult education centres

1976
stops to work in the field of applied photography and focuses on his own photographic projects. Opens the ”Workshop for Photography“ at the adult education centre Kreuzberg and takes over the artistic and organisational management

1976-78
teaches at the College of Education Berlin

1977
quits directing ”Werkstatt for Photography“, but keeps on advising and teaching there

1979
teaches at the University of Essen, Department 4

1980
External final exam as Qualified Designer with the emphasis on photography; teaches at the University of Essen, Department 4

1981
terminates his activity at ”Workshop for Photography“

Lived and worked in Berlin and Schnackenburg/Elbe, Lower Saxony 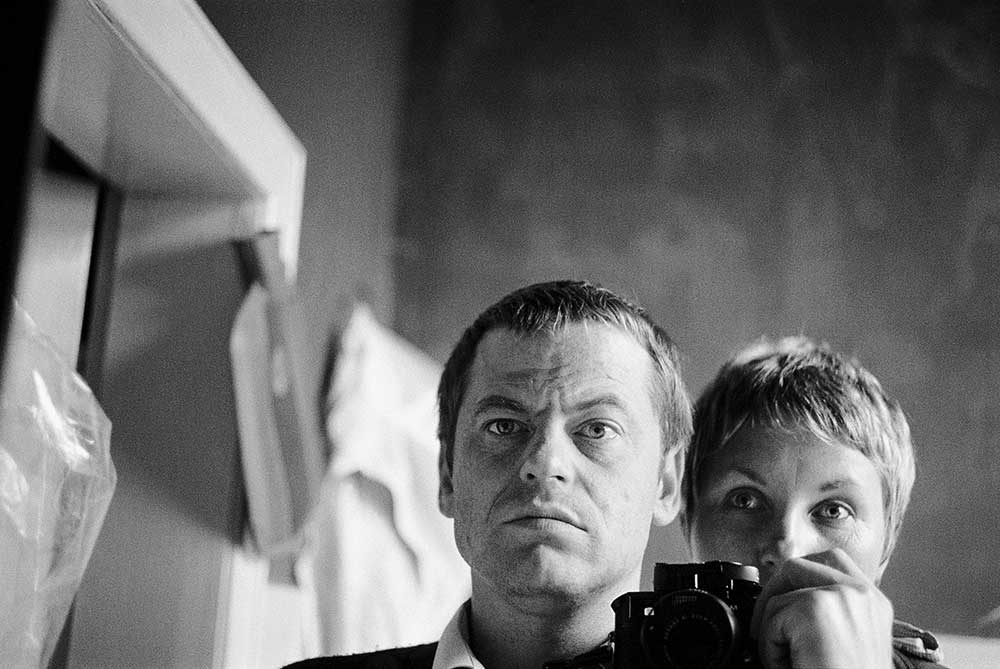 Michael Schmidt, Self portrait with Karin, Schnackenburg, 1983 (© Foundation for Photography and Media Art with the Michael Schmidt Archive)